Types of Router Bits and the benefits that come with them

Written by
developer
Posted in
Information 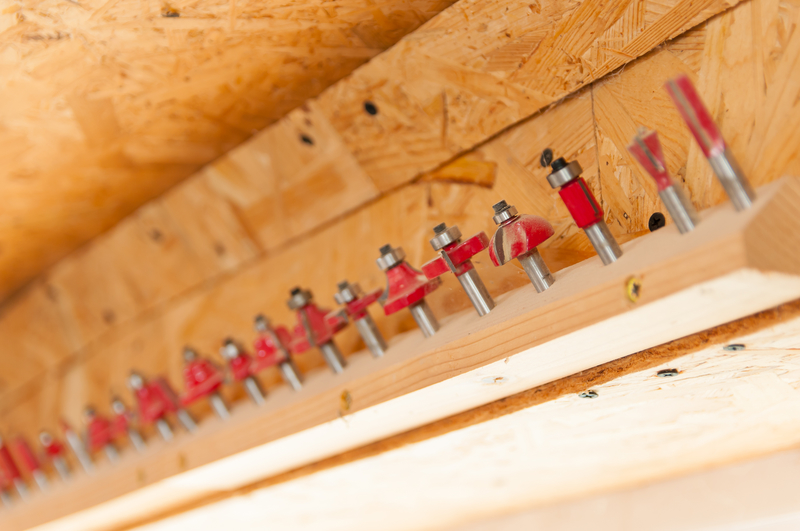 Whenever you’re looking for bits for a new router or you’re looking for new bits for your router to carry out a project, there are many things to consider. This is because there are various types of router bits, each of which is suited for different projects. Choosing the right type is very beneficial because it’ll ensure that the quality of work is high. This makes it very necessary to have an idea of all the options of the router bit types that are available for you to pick from. Here are the types of router bits that you can pick from and their benefits.

The straight type of router bits are considered a staple for the workshop. This is due to its popularity at such places. It comes in very handy for projects that require the formation of a groove in a material. This type works by cutting straight into a material, forming a dado or a groove. A dado is a groove that is cut across the grain of the wood. These bits are also used for hollowing out an area for inlay or a mortise. They’re beneficial since they’re available in various lengths and diameters.

Rabbeting bits have a specific purpose, which is to specifically aid in cutting a shoulder or rabbet. It does this by being guided by a pilot bearing at its tip which spins. The shoulder or rabbet is used to cut, is often done at the edge of a workpiece. These are often used for joining pieces. When this type of bit is purchased, it comes in a set that has various bearing diameters. As such, a single bit can be used to produce various sizes of rabbets or shoulders. The benefit of rabbeting bits is, therefore, their ability to produce various sized shoulders or rabbets.

These router bit types are used for trimming the edge of a material flush using another’s edge, just as is suggested by the name. For instance, when a veneered surface flush is trimmed with a substrate surface or when a pattern is used for creating many pieces that are identical. These bits are often guided using a pilot bearing whose diameter is the same as that of the cutter. This bearing may either be located at the base of the bit or at the tip. These bits are beneficial since a single pattern can be used to make several pieces that are identical. This can speed up the rate of work.

These are used for cutting bevels at a given specific angle to edge or ease the edges of a surface. These bits can also be used to create bevelled edges to be used in joining constructions that are multi-sided.

Just as the name suggests, the edge-forming bit is mostly used for cutting decorative edges. For instance, a round-over bit is used to cut a radius of a rounded edge; an Ogee bit is for cutting various S-shaped profiles and others. These edge-forming bits mostly include a pilot bearing. Commonly, this type of bit is used for final project decoration where edges have been established and therefore can serve as the guide for the bits.

This is a category of bits which are made for specific projects. Examples include moulding bits, stile-and-rail bits and raised panel bits among others. They’re usually large and should be mounted on a table router for safe use.

We use cookies on our website to give you the most relevant experience by remembering your preferences and repeat visits. By clicking “Accept All”, you consent to the use of ALL the cookies. However, you may visit "Cookie Settings" to provide a controlled consent.
Cookie SettingsAccept All
Manage consent

This website uses cookies to improve your experience while you navigate through the website. Out of these, the cookies that are categorized as necessary are stored on your browser as they are essential for the working of basic functionalities of the website. We also use third-party cookies that help us analyze and understand how you use this website. These cookies will be stored in your browser only with your consent. You also have the option to opt-out of these cookies. But opting out of some of these cookies may affect your browsing experience.
Necessary Always Enabled
Necessary cookies are absolutely essential for the website to function properly. This category only includes cookies that ensures basic functionalities and security features of the website. These cookies do not store any personal information.
Non-necessary
Any cookies that may not be particularly necessary for the website to function and is used specifically to collect user personal data via analytics, ads, other embedded contents are termed as non-necessary cookies. It is mandatory to procure user consent prior to running these cookies on your website.
SAVE & ACCEPT