How to Clean Rusty Tools

Written by
developer
Posted in
News 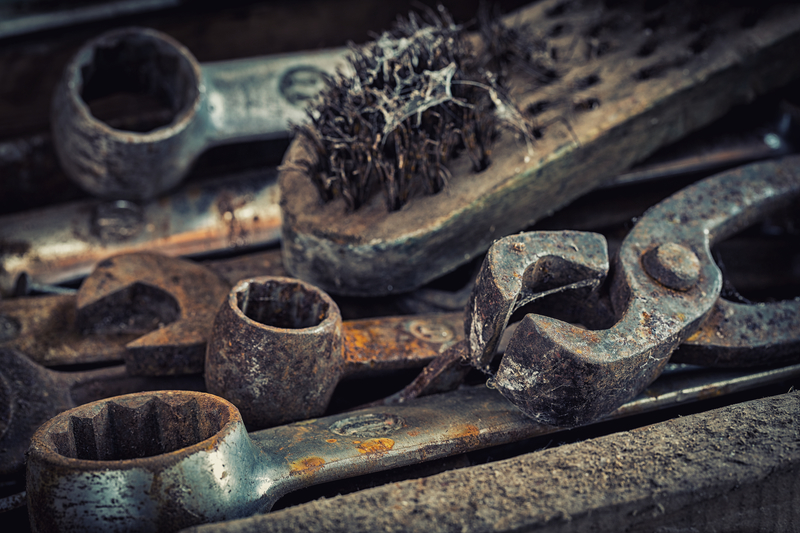 Rusty tools are often very difficult to work with. It’s therefore, vital to ensure that any rust formed on your tools is removed at an instance if you intend to keep using the tool. However, it’s not as easy as just scrubbing them off and hoping that they’ll be gone. The right method of cleaning the tool must be followed in order to remove it and ensure that it doesn’t form again so quickly. Don’t, at any instance, think that every dirty tool must have rusted. In fact, the dirty tools never get rusty due to the fact that the dust ensures they aren’t exposed to air.

Before we delve into the process of cleaning rust from your tools, it would be great to understand the process through which it forms. It’s formed as a result of a chemical reaction between water or moisture and oxygen. The rust is known as iron oxide and is brownish in colour.

Removing Rust from Your Tools

Now that you understand what rust is and how it’s formed, the next thing is to find a way to remove it from your tools to allow for the efficient use of the tools. There are numerous methods of rust removal in existence. Some of these methods don’t require you to spend a lot of money on buying liquids for removing the rust. This is because there are already enough natural materials in your cupboard to help you clean your rusty tools.

However, to pick the right dust remover to help you at home is highly pegged on how much rust has been gathered by your tool. If the amount of rust found on your tools is not much, it can be removed using the following methods efficiently:

Lemon is a natural acid that’s great for the removal of rust. To do this, you should pour some salt over your tools and rub it. The lemon juice should then be squeezed on top of the tools. After the addition of the salt and lemon juice, it should be left to soak for some time. Use steel wool or the lemon rind to scrub the mixture off after a few hours.

As the lemon juice, vinegar is a great option for rust removal from rusty tools because it’s also an acid. The process begins by placing the tools in a bowl and pouring some white vinegar over it. The next step is the shaking of the bowl gently to ensure that the tools are completely covered by the vinegar leaving no single part of the tool out. It should then be left for one day to soak after the vinegar should be poured out. 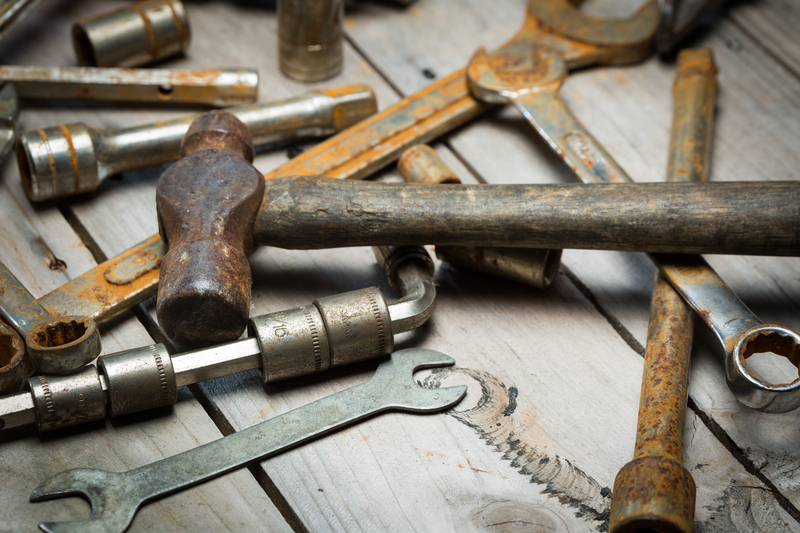 Baking is another readily available rust remover. It involves creating a paste-type mixture by pouring the baking soda into a bowl and adding water. The paste can then be applied to the area with rust and left to set for some time. When the soaking is complete, a brush can be used to brush the paste of the tool.

The above three methods for cleaning rusty tools are great for tools that are generally smaller or when the dust hasn’t settled on the tool too much.

However, if your rust problem is bigger, you can use the following methods:

When badly covered with rust, the rusty tools can be rubbed off with either a paint scraper or steel wool. However, be careful enough to be gently and scrub only the badly affected areas of the tools. After that, you can remove the rest of the rust by using any of the above methods which are gentler.

Commercial products for removing dust are also available in hardware or DIY stores. Therefore, if none of the above methods works for you, you can opt for the commercial rust removers.

We use cookies on our website to give you the most relevant experience by remembering your preferences and repeat visits. By clicking “Accept All”, you consent to the use of ALL the cookies. However, you may visit "Cookie Settings" to provide a controlled consent.
Cookie SettingsAccept All
Manage consent

This website uses cookies to improve your experience while you navigate through the website. Out of these, the cookies that are categorized as necessary are stored on your browser as they are essential for the working of basic functionalities of the website. We also use third-party cookies that help us analyze and understand how you use this website. These cookies will be stored in your browser only with your consent. You also have the option to opt-out of these cookies. But opting out of some of these cookies may affect your browsing experience.
Necessary Always Enabled
Necessary cookies are absolutely essential for the website to function properly. This category only includes cookies that ensures basic functionalities and security features of the website. These cookies do not store any personal information.
Non-necessary
Any cookies that may not be particularly necessary for the website to function and is used specifically to collect user personal data via analytics, ads, other embedded contents are termed as non-necessary cookies. It is mandatory to procure user consent prior to running these cookies on your website.
SAVE & ACCEPT